Some reason three because of three gifts –

In reality, this would have been a dangerous journey for three – especially three who were carrying gold, Frankincense and Myrrh..

This forced merchants/commoners to travel in larger groups/ caravans for safety.

THESE were not merchants or commoners…

It wouldn’t be out of line to speculate that they and their servants were escorted by a full military unit.

Three? It could have been more like 300 when all told.

Then to have these strangers see King Herod without a problem solidified the suspicion they were men of power and prominence.

This was not just three people taking a ride into the next town… it was an intentional journey of great distance – with great danger.

It was an expedition that required months of preparation and then months to travel to the destination….

Thus most scholars believe these wise men didn’t arrive to see Jesus until 2  years after his birth.

The song tells us the Kings from the Orient “traversed afar”.

If they were on camel,

A camel walks at 3 miles an hour –

Even the text hints at that. Matthew 2:11 tells us

“when they were COME INTO THE HOUSE, they saw the young child with Mary his mother,and fell down, and worshipped him…”

Where was Jesus born?

In a barn, in a manger – a feeding trough.   They’re not there anymore.

Now these wise men had gone to a great deal of trouble.

And they’d spent a great deal of money to get to their destination.

So the question comes to my mind…

WHY WOULD THEY BOTHER?

Why did they go to find the Christ Child?

Well, they were Magi FROM THE EAST.

How, about the story about Daniel and the Lion’s Den?

They lived most of their lives in Babylon…

IN THAT NATION IN THE EAST.

Whether Gentile or Jew –

Their presence was not requested…

Here we see a parallel of how

As positive Gentile characters in the Gospel narrative,

the magi tell us much about the evangelist’s views about the Gentiles and his universalistic perspective.

they therefore foreshadow the Gentiles who believe in Jesus in the time of the evangelist.

WHY Not the Famous and Religious Leaders

REASONS Why It Was the Shepherds

To show Jesus was not going to be only for kings, governors, popes and priests…but for all people … equally

God likes to use people who are humble –

So his power and wisdom are all the more evident.

simple shepherds –who did what God    commanded, without having to see    other religious professionals  for a second opinion…         and went on to tell about the birth.

Wonder how the shepherds felt?

What about the sheep?    (took them with them?)

Another reason WHY SHEPHERDS…

WE JUST HAVE TO BELIEVE AND OBEY….

When we think of the this story,

Isn’t that what Jesus is all about?   God meeting us where we are…

God coming to us in the everyday routine, not just on High Holy Days

In our everyday lives

This was his wardrobe during four years  of college.

Across from the campus was a traditional church. They wanted to develop a ministry to students, but weren’t sure how to go about it.

By now people were looking a bit uncomfortable, but no one said anything.  Bill got closer and closer to the front, when he realized there were no seats.

He just sat down right on the floor.   Although perfectly acceptable behavior at a college fellowship,   this had never happened in this church!

By now the people were really uptight, and the tension in the air was thick.

A deacon got up and slowly made his way toward Bill.

This deacon was in his eighties,  a distinguished man with silver-gray hair  and a three-piece suit.

He walked with a cane.  Everyone thought, “You can’t blame him for     what he’s going to do.

It took time for the man to reach the boy.  The church became utterly silent, except for the clicking of the man’s cane  on the tiled floor.

All eyes focused on him.

The man sat down next to Bill and worshiped with him, so he wouldn’t be alone.

That’s what the birth of Christ means.

I’m North Side through and through

Where the pastor’s here to feed us

The people are the sweetest

of any old church I knew

where they’re all true blue 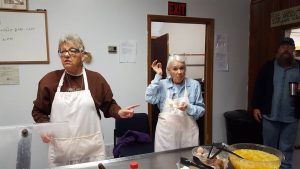 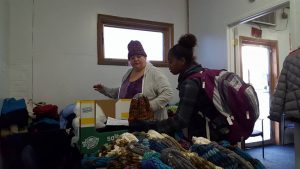 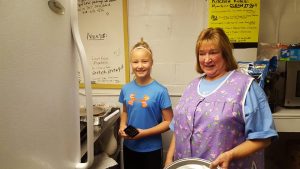 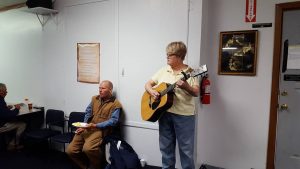 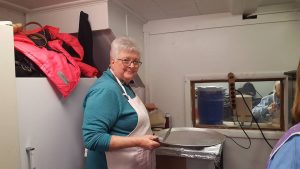 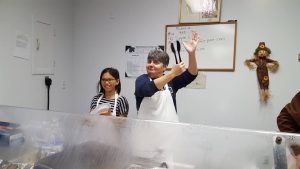 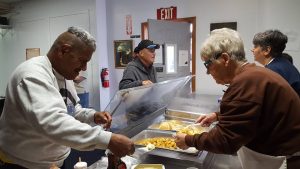 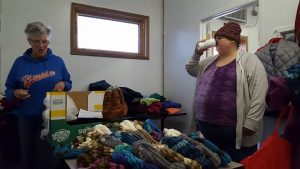 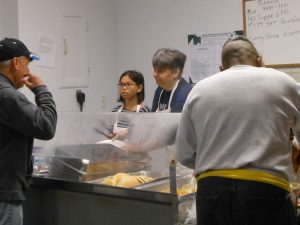 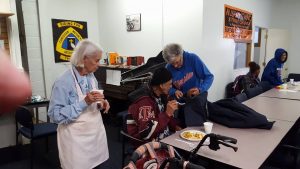 Oasis for the Spiritually Thirsty